Beauty is in the eye of the beholder: How do entrepreneurial rôle models influence students’ intentions to engage in entrepreneurship? 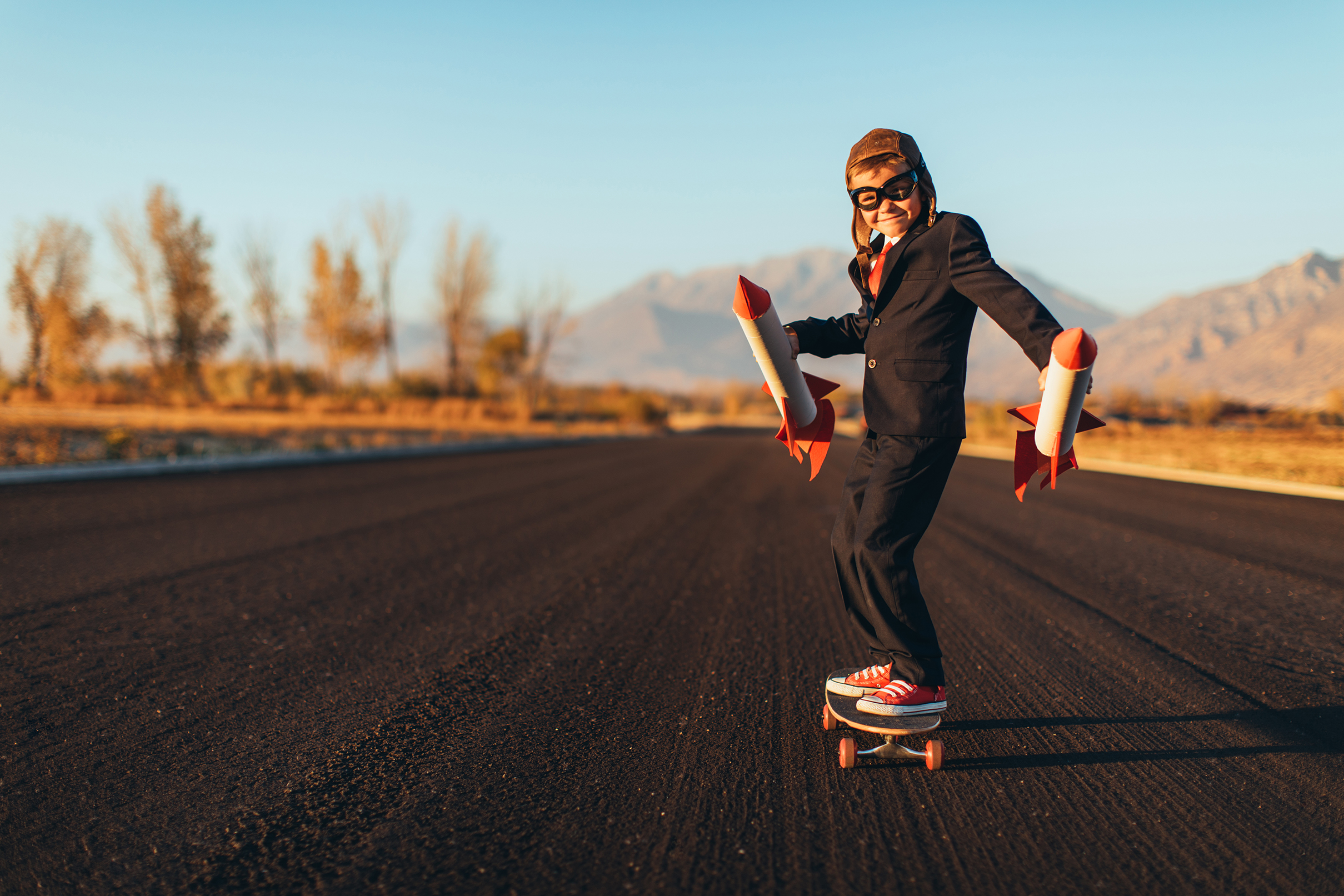 It seems that every day, the media is full of examples of entrepreneurs and their success stories. They are often presented as heroic characters whose prowess leads most often to successful outcomes, and rarely to unsuccessful ones.

These entrepreneurs are therefore held up as exemplary rôle models according to a concept developed by Albert Bandura, social psychologist and expert in the theory of social learning.

In entrepreneurship, the impact of rôle models is significant because they offer examples which impact on the potential and the intention to engage in entrepreneurship. Many of today’s business people say they took their first steps in entrepreneurship after observing or being influenced by a rôle model. Often, it was someone in their close circle (friend, relative, etc). These are real-life rôle models. But what about symbolic rôle models? By this, we mean people we never actually meet, but whose stories we can identify with. For students, it might be the testimony of Mark Zuckerberg, a Harvard graduate, that they saw in a newspaper, or a former student of a ‘grande école’ turned entrepreneur they hear at a conference. How do these symbolic models influence our own students’ intention to engage in entrepreneurship, depending on whether their stories are of success or failure? What impact do they have relative to certain characteristics (sex, previous experience, etc) of the people exposed to their stories?

We will look at these issues in the educational context because teachers use a lot of these rôle models in the form of testimonies, quotes or case studies. At a time when experiential learning is the order of the day in business schools, these models are being used prescriptively to show the path to follow or not follow when engaging in entrepreneurship. Are these professors’ persuasive tactics effective? What is their impact on student self-efficacy and their intention to be entrepreneurial? In other words, let’s focus on those who are looking at the model, rather than the model itself.

A number of experiments were carried out involving 276 students in a French business school. Some students had been exposed earlier to success or failure stories of former students turned businesspeople. Other groups heard the stories along with a message of encouragement from their tutors. In keeping with the literature, we tested several main and secondary hypotheses of this causal chain which begins with student attitudes to the rôle models’ messages and ends with their intention to engage in entrepreneurship.

Our results were published in three articles in the Journal of Entrepreneurial Behaviour and Research, in the Revue Internationale PME and in the Journal of Enterprising Culture. The first article 2 reveals that symbolic entrepreneur models, whether of success of failure, had a significant impact on students’ intentions to engage in entrepreneurship. The more positive the students’ attitude to the message, the more they were affected or moved by these stories. This “emotional awakening” reinforces their perception of their capacity to be entrepreneurs (‘entrepreneurial self-efficacy’) and, ultimately, their intention to engage in entrepreneurship. We can therefore validate the central hypothesis of the impact of these symbolic models. Positive messages increase the intention to engage, while negative messages reduce it.

However, these effects change depending on the sex of the person receiving the message. Men are more influenced by models of success than women are. The latter are more influenced by negative models. This difference is explained by social norms which exemplify entrepreneurship as an eminently masculine activity. Indeed, men identify more easily with models of success. This upward and positive comparison comes easier to them. Women, on the other hand, have more difficulty identifying with female entrepreneurs and they are more affected by stories of failure. The downward and negative comparison unfortunately comes more easily to them.

The fact that the impact of the messages varies according to the recipient leads us to envisage two persuasive communication tactics in class. It’s important to expose students to both success and failure stories in order to avoid idealising entrepreneurship. It’s also important to emphasise positive models at the expense of negative ones. For the sake of realism, the latter are not to be banned but the lecturer should play a moderating rôle to ensure that the failure models are not too discouraging.

The second article 3 focuses more on the rôle of teacher encouragement when students receive these testimonies of success or failure, As well as the entrepreneurs’ messages, we exposed our students to a second message of encouragement from the teacher, reformulating the messages in order to reinforce their effects.
We thought that this persuasive tactic would strengthen the impact of the initial message if it was positive and weaken it if it was negative. However, the results show that the encouragement discourages rather than encourages when its content is identical whether the receivers are men or women. A finer analysis of the results nonetheless shows interesting differences according to the sex of the students receiving the message.

Although a distraction effect can’t be ruled out with the second message, the principal explanation can be found in Brehm’s reactance theory. When a student is exposed to the message of an individual with whom s/he identifies (a former student), s/he is free to attribute any value s/he wishes to it. On the other hand, when a lecturer intervenes to try to convince or persuade, s/he reduces his or her freedom of interpretation. Indeed, students can re-establish their autonomy by resisting the lecturer’s remarks.

However, reactance is stronger among men than women. This difference can also be explained by social norms which construct entrepreneurship as a fundamentally masculine activity. Encouraged by these norms, men are likely to express an opinion contrary to that of the lecturer to express their free will even if they really think the same thing. For women, the lecturer’s encouragement is sought in order to confirm their opinion and to gain social approval. Indeed, our research shows that lecturer encouragement is more beneficial when female students are exposed to female rôle models.

Our articles also show that in order to understand the impact of rôle models, the characteristics of the recipients (sex, in this case) are important. Thus, our third article 4 focuses on the moderating effects of the characteristics of the recipients, notably self-esteem, locus of control, and previous experience. The locus of control is our feeling that events are within our control or not. Previous experience is students’ past experience of entrepreneurship.

Our results show that the better the students’ self-esteem, locus of internal control and previous experience, the less the recipient is impacted by the message. Indeed, students with high self-esteem and a belief in their capacity to control what happens to them, are naturally less influenced by external models. In other words, they rely more on their own resources in order to believe in their capacity to engage in enterprise, and ultimately, to decide to create.

In contrast, students with weak self-esteem, a weak locus of internal control and weak experience are more influenced by external models. Indeed, these students have a greater need to look for external validation to compensate for the weakness of their own belief in their own capacity for enterprise. These results round off our analyses by showing that it’s just as important to analyse the profile of the recipients if we want to understand the impact of the messages.

What conclusions should be drawn from our studies of the relationship between rôle models and the intention to engage in entrepreneurship in the educational context? First of all, they validate the importance of these models for students’ capacity and intention to engage in entrepreneurship, even if they are only symbolic. They also underline that a variety of models of both failure and success is crucial to offering more credible representations to a student audience. Nonetheless, these rôle models do not impact men and women in the same way.

In view of the predominance of masculine models of entrepreneurship, it is important to temper the impact of these models using lecturer encouragement tactics, particularly for female students. Nonetheless, it should be noted that this encouragement is not effective for men who are often more confident in their own capacity for enterprise. Finally, on the whole, these models have a greater impact on students who doubt their capacity for enterprise due to their weak self-esteem, weak locus of internal control and weak experience.

In conclusion, this research confirms that a single model of entrepreneurial success is not the most effective method for every audience. A plurality of models is needed to convince a diverse audience. Beauty is in the eye of the beholder, as Oscar Wilde reminded us. Look at the model but above all, look at the person who is observing it.

Approach
This article synthesizes our work on the influence of role models on students’ intention to engage in entrepreneurship. The work was undertaken jointly with Olivier Brunel, Senior Lecturer in Marketing at the Lyon School of Management (IAE de Lyon) and Miruna Radu-Lefebvre, Professor of Entrepreneurship and chair of Family Business and Society (Entreprise Familiale et Société) at Audiencia Business School, Nantes. 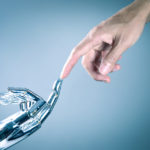 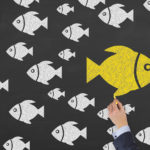 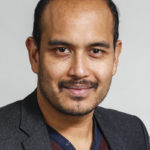 Doctor qualified to direct research in Management Sciences, E. Michael Laviolette has been professor of entrepreneurship and strategy at the Toulouse Business School since 2017. Author of more than 20 publications, he works on a range of subjects relating to the relationship between role models and the intention to engage in entrepreneurship, entrepreneurial skills in … [Read more]