Innovation: caution as a strategic advantage

The case of innovation in the space industry

Innovation is one of the major themes in management. The capacity to innovate is considered to be critical for businesses to succeed. However, if we look at the space industry, we can see that innovation should be bridled with caution if a strategy is to succeed.

Conventional wisdom claims that the rapid adoption of new technologies improves the performance and survival of companies. Already at the beginning of the 20th century, Joseph Schumpeter had demonstrated the link between innovation and industrial success. In the 1990s, other scholars, such as Joel Mokyr, followed suit while explaining the inertia (the slow adoption of new technology) as being due to the phobic and irrational attitudes of managers. Against this backdrop, the space industry provides an interesting, and even paradoxical, example: this highly technological sector is a symbol of innovation, yet it considers it necessary to adopt a cautious approach. This is a requirement for telecommunications satellite operators, for whom reliability is more important than novelty, a factor that entails risk.

Uncertainty in the space industry

Innovation is a complex phenomenon that does not automatically guarantee success, progress and profits. For example, it has been demonstrated that over 60% of innovations led to failures. In addition, many companies legitimately postpone the adoption of innovations in several cases: for example, when an innovation would cannibalize an existing product or make it obsolete, or when the costs turn out to be too high compared with the expected profits. Do these factors explain the inertia-based strategy observed in the space industry?

By its very nature, the use of new technology by the space industry entails a risk: ground testing of a component, even under conditions that simulate space, may not accurately predict its behaviour in flight. It may perform perfectly, or prove faulty and no-one can be sure ahead of time! The result is that satellite manufacturers tend to favour an inertia-based strategy with which technological changes are adopted in an extremely cautious manner. Only tried and tested innovations are implemented. The cost of failure makes both manufacturers and their customers behave cautiously.

Reliability is a source of competitive advantage in space telecoms

Caution features strongly in the space telecommunications sector, because the reliability of satellites is a major competitive advantage. To ensure the greatest reliability, manufacturers have set up perfectly tuned organisations and processes. This is why the cycle of design, development and manufacture of satellites is broken down – and must continue to be so, into successive phases: Phase 0 > Mission analysis; Phase A > Feasibility study; Phase B > Preliminary design; Phase C > Detailed design; Phase D > Manufacturing and testing; Phase E > Exploitation; Phase F > Decommissioning. While this approach helps ensure high levels of reliability, it also brings with it considerable structural inertia.

This need for reliability and stability leads space manufacturers to adopt information and communications technologies that have the least impact on the organization. However, it also leads them to not question technological choices for space telecommunications, choices that increase reliability, but do not allow any savings in production costs. Serge Potteck, a specialist in space project management, emphasises, for example, that to transmit a signal, engineers prefer to design antennas with a diameter of 60 cm in order to guard against possible malfunctions, whereas a less costly 55 cm antenna would suffice.

Differences between segments in the space sector

This analysis, however, needs to be refined for each of the different segments that make up the space sector. They can be classified into three groups. The first consists of telecommunications satellites and rockets (launchers). In this segment, the cost of failure would be very high. It would penalize the manufacturer, who would have produced a non-functioning satellite as well as the company that operates the launchers and markets launch services, but, also, all the players involved in the business plan. A failure can cause a delay of several years in the marketing of new telecommunications services to be delivered by satellite.

The second group consists of spacecraft built for scientific or demonstration purposes, and as always, the rockets used to launch them. The governments or space agencies that commission them are not subject to the usual profitability requirements. Here, disruptive technology and its associated risks are part and parcel of a project.

The last group overlaps the space industry and other industries. It encompasses, for example, the tools to operate the geolocation capabilities of the Galileo constellation or the distribution of digital content. In this segment, stability is seen as detrimental to the development of new markets.

An inertia-based strategy… but only at first sight

While the particular environment in which the space sector operates tends to dampen its ability to experiment, it does not entirely prevent innovation. Inertia-based strategies are, in fact, largely an appearance. What we refer to as “inertia” is, in fact, a genuine innovation-dynamic: any new technology will be studied carefully before being tested, or not, on a new spacecraft, and before its possible subsequent integration. Could such a strategy, therefore, ensure the survival of a market in certain cases? To consider it as a failure to be countered would be a mistake!

The space industry would probably not innovate much if its only clients were commercial satellite operators. However, space agencies are willing to finance experimental spacecraft, thus accepting the financial risk associated with possible failure. It is thanks to them that the manufacturers of commercial satellites are able to validate the technological choices available to them, since they have proven their reliability.

From my publications, ” Innovation: quand la prudence est la bonne stratégie [Innovation: when caution is the right strategy]”, published in TBSearch magazine, No. 6, July 2014, and ” Le paradoxe du retard de l’industrie spatiale dans ses formes organisationnelles et dans l’usage des TIC [The paradox of the delay of the space industry in its organizational forms and in the use of ICT],” published in Gérer et comprendre [Managing and understanding], December 2006, No. 86
Methodology
The analysis of the organizational and technological paradox that characterizes the space industry is based on several types of information: the theoretical literature available (Hannan and Freeman, 1984; Jeantet, Tiger, Vinck and Tichkiewitch, 1996); the work done by engineers in the sector (Potteck, 1999); and field observations made between 2003 and 2007 at one of the leading European prime contractors manufacturing satellites and space probes. 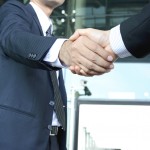 Previous article :
The key to a win-win partnership between SMEs and...

Next article :
How support for business start-ups affects how people with... 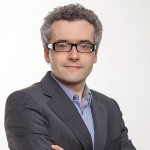 Victor Dos Santos Paulino holds a doctorate in Economics from the University of Nice Sophia-Antipolis. He teaches Strategy and Innovation Management at the Toulouse Business School. His research interests concern the strategic management of innovation, focusing on the space industry. Victor Dos Santos Paulino is in charge of the SIRIUS Chair for applied research in … [Read more]