Disruptive innovation and historical players: the case of the satellite industry

Any company faced with a radical innovation in its sector of activity will hesitate between indifference and reaction, because of the impossibility of foreseeing whether the innovation is a radical breakthrough or a product that is doomed to fail. To resolve this dilemma, the solution might be to identify potentially disruptive innovations and assess their risk for established stakeholders, as illustrated by the case of the satellite industry.

The miniaturisation of satellites has affected space industry markets over the last 20 years. On the offer side, new manufacturers have emerged, marketing small satellites at a lower cost; on the demand side, there are new clients that see this innovation as an opportunity. Quite logically, the well-established manufacturers, positioned in the segment of traditional large-size satellites, are wondering whether they should consider these radically new technological choices as a threat?

Disruptive innovation is difficult to observe until it’s happened

Our research, conducted in the framework of the Sirius chair (http://chaire-sirius.eu), aims to answer this question, which first involves clarifying the concept of ‘disruptive innovation’. This is necessary because the expression, which is widely used and sometimes mistakenly, makes established players in the sector anxious, while fascinating and intriguing them, without it being entirely clear what exactly we are talking about.
A disruptive innovation is a particular case of radical innovation which modifies the structure of an industrial sector and whose effects may lead to existing companies being replaced by new competitors. The difficulty is that it is only possible to be certain that it is a disruptive innovation in the long run, a posteriori, once it has staked out its place or even driven out the oldest technologies and the companies that marketed them. In the short term it appears rather to be a less efficient product or service, aimed at a marginal clientele, an immature technology proposed by small companies with limited resources, less know-how and less knowledge of the market.
Because of these characteristics, it is very difficult to distinguish between a real disruptive innovation which has just been introduced and so requires that existing companies react, and an innovation destined to fail, that they can comfortably ignore. This creates uncertainty about what they should do, which is known as the innovator’s dilemma, since existing companies should promptly assess the danger and possibly invest in the new market while the disruptive innovation is not yet a threat, if they are to limit the consequences. If they wait too long, it might be too late.

A classification for anticipating the threat

What matters to company executives is to be able to anticipate trends and thus, if possible, to be able to use forecasting tools. Since it is not possible to affirm at an early stage that an innovation is disruptive, the solution is to try and determine in the short term whether it has the typical characteristics, in other words whether it is a potentially disruptive innovation and if so what type of threat it is likely to pose to well established stakeholders.

Not all disruptive innovations have the same consequences: some lead to complete substitution of the old technology by the new one and thus pose an extreme threat, the typical case being that of silver-based, emulsion film photography wiped out by digital photography; other innovations do not entirely replace the initial products. This is the case in air transport, for which low-cost companies have captured only some of the clientele of traditional companies, and in telephony, where landline technology continues to coexist with mobile technology. These examples are characteristic of three types of disruptive innovation for which only the first is associated with a high risk of the pre-existing market disappearing. In the two other cases, the threat appears to be lower for established companies.

What then is the situation for the space industry? Given this conceptual framework, how should well established stakeholders react to the development of small satellites? According to the parameters chosen for our theoretical model, small satellites have most of the characteristics of potentially disruptive innovation: lower technological performance with respect to the requirements of the traditional main customers; they are less complex; they either cost less or on the contrary cost much more, for instance in the case of constellations of small satellites; they offer the perspective of introducing new performance criteria such as the possibility of designing, building and launching a new satellite in a very short time or again the improvements offered by constellations in low Earth orbit.

However, an analysis of the demand for these new satellites shows that they are intended mainly for new customers, which means that we can exclude the hypothesis of a disruptive innovation affecting an existing market, which is really the main risk case for manufacturers. Those who buy them can be divided into institutional customers from emerging countries, which do not have sufficient resources to launch conventional satellites, and private top-of-the-market customers with new needs for low orbit constellations, which conventional satellites do not meet.

Thus, small satellites are indeed a potentially disruptive innovation but they only pose a slight threat to well established stakeholders. Despite the structural changes they might lead to for this industry, there is not much risk that they will entirely replace conventional satellites. This in no way determines either their ultimate success or failure.

Methodology
This study was conducted by Victor dos Santos Paulino (TBS) and Gaël Le Hir (TBS) in the framework of the Sirius chair, on a topic proposed by the chair’s industrial partners. For the theoretical part, the authors reviewed the existing literature on the theory of disruptive innovation, which enabled them to draw up a table classifying the characteristics of potentially disruptive innovations. They then applied this model to the satellite industry while referring to several sources of information (information published by manufacturers, sectoral information, interviews with experts, databases). The study was published in the Journal of Innovation Economics & Management in February 2016 under the title “Industry structure and disruptive innovations: the satellite industry”. 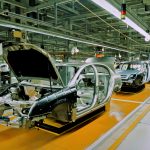 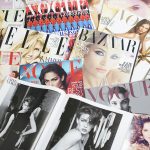 Next article :
Ideal or natural beauty in commercials: what if natural-looking...

Victor Dos Santos Paulino holds a doctorate in Economics from the University of Nice Sophia-Antipolis. He teaches Strategy and Innovation Management at the Toulouse Business School. His research interests concern the strategic management of innovation, focusing on the space industry. Victor Dos Santos Paulino is in charge of the SIRIUS Chair for applied research in … [Read more]